It was beyond the bounds of possibilities, to travel to the moon and discover how it is made, and what was on its surface. Then, since the aerospace era began, the desire was partly satisfied. Today we know how our […]

It was beyond the bounds of possibilities, to travel to the moon and discover how it is made, and what was on its surface. Then, since the aerospace era began, the desire was partly satisfied. Today we know how our satellite is made, and a few dozen astronauts have even walked on it, starting with Neil Armstrong.

The first man who laid his foot on the lunar soil pronouncing these words. “A small step for man, but a great step for humanity.”

The Space Adventure has already allowed seven tourists to experience the chance of reaching and staying in the Space Station in orbit. The first of these tourists that carried out this experiment was Dennis Toti, an American businessman arriving at the cost of 20 million dollars to live a week on the ISS (the International Space Station.

On that he became history’s first space tourist, paying his way to the International Space Station aboard a Russian Soyuz spacecraft. Forty years after Yuri Gagarin became the first person in space, Tito showed that there was money to be made in human spaceflight — potentially lots of money.

When Tito ended in Kazakhstan on May 6, 2001, his mission has had a lasting impact, motivated a range of private spaceflight investment and activity, according to Shelley.
Moreover, Dennis Tito declared these words: “My dream was to fly in space before I die,” Tito said. “And I basically came up with that lifelong goal around the time of Yuri Gagarin’s flight.” To me, it was a 40-year dream,” “The thing I have taken away from it is a sense of completeness for my life — that everything else I would do in my life would be a bonus.”

However, what is it like to live in space? First of all, the Soyuz will have to reach the ISS. Tourists will live to physically settle in the Soyuz, and once this phase has passed. There will be a detachment from the Space Station and the launch of the spacecraft to the Moon, where it will then orbit for a few days before returning to earth.

It will not be the traditional travel agencies that sell these tourist packages but companies that have scented a million-dollar business. In addition to the Space 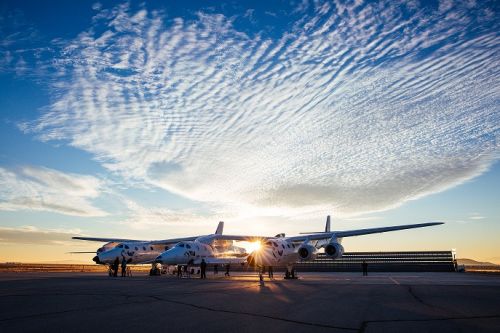 Adventure, there is also the Virgin Galactic, the company of the Virgin Group that has decided to launch ballistic flights, which provide for reaching a hundred kilometers of altitude and then return to Earth.

It is not a journey on the Moon, but it is undoubtedly a more affordable substitute: 220,000 dollars for two hours of flight including the five minutes in the absence of gravity, which in comparison to a trip to the Moon seems to be a real Last Minute.